The Adelaide Club, a premium fitness club in downtown Toronto, member of the Cambridge Group of Clubs.

Reposition The Adelaide Club as the well-being club; the new business philosophy being that fitness is a balance of exercise, diet and social activity. The target group was de-conditioned downtown office workers – people who don’t exercise regularly but believe they should.

The key consumer insight was understanding what prevents the 85% of Canadians who don’t exercise regularly from joining a fitness club. It’s the vaguely conscious fear of failure – failure to attain the rippling hard body that the fitness business has been promoting as the ideal for decades.

The new campaign chose to disarm the target group with a humorous approach, then inform. Media selected were lifestyle magazine and transit and concourse/mall posters. Before & After and After put an honest twist on traditional fitness club/diet program advertising. 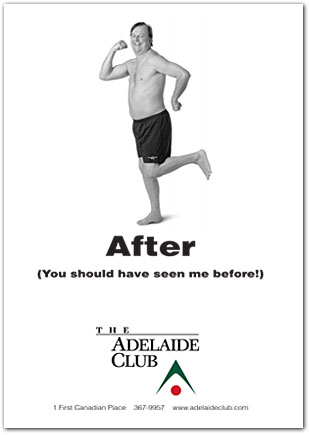 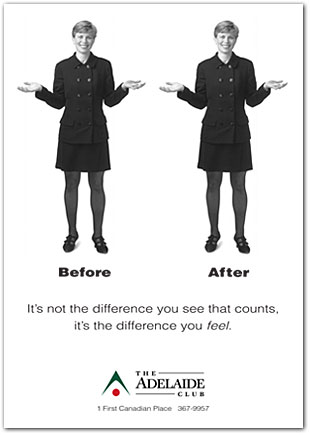 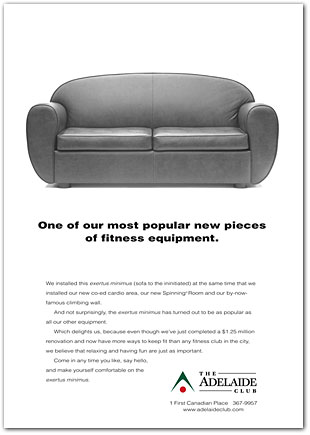 Sofa allowed us to list major equipment and facilities improvements in an interesting way. 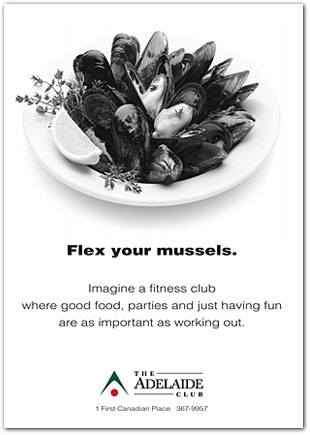 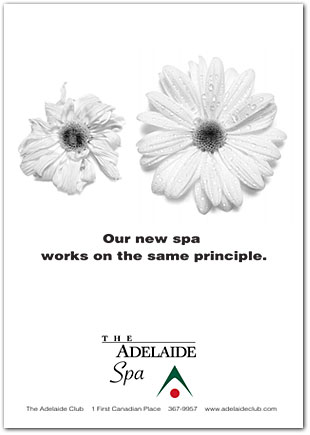 Mussels and Flowers worked to communicate the club’s range of social, esthetic, and alternative medical services. 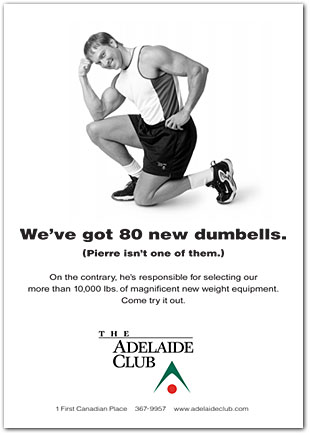 Dumbells and Love promoted the employees as well as the ever-improving programs and facilities. 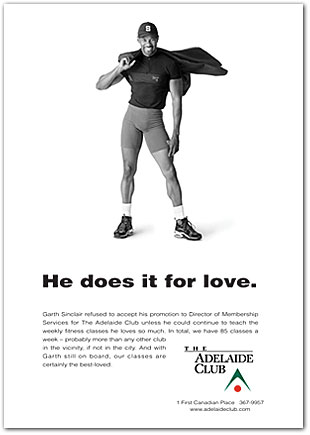 Joy and Boasting explored relevant points of uniqueness for the Adelaide Club brand. 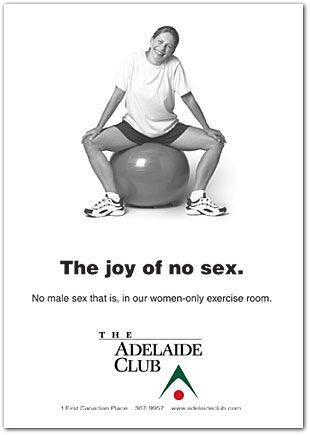 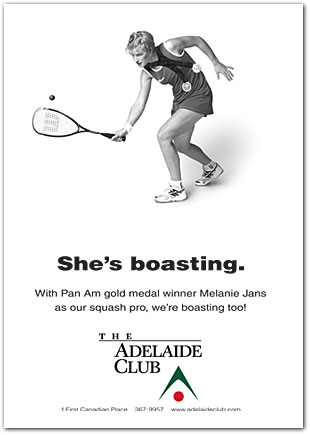 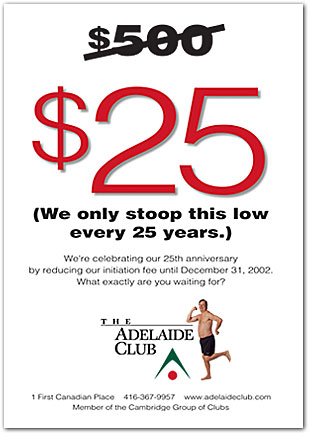 Finally, we felt the Club’s 25th anniversary was a momentous enough occasion to justify an advertised price promotion. With Stoop and Lost Weight, we made sure that even this creative was done in typical Adelaide Club fashion.

Over the course of our 13-year relationship, we were involved in all areas of the Adelaide Club’s marketing, including a complete re-branding in 2006. 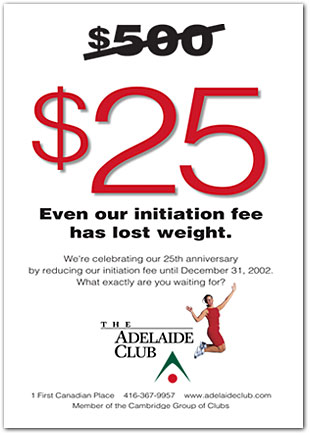 In the critical first two months of 1997, new member sales were up almost 40% over last year. For the first fiscal year in which the campaign launched, new membership sales were up more than 45%. By the end of 1998, net membership had risen more than 25%. Revenue grew even more strongly than membership, largely because through this new brand-building effort, The Adelaide Club has avoided (almost always) the industry-standard price promotion.