North American Porsche sales peaked in 1986, and dropped precipitously until Porsche was reportedly on the verge of bankruptcy in the early 1990s.

In 1994, Porsche Cars North America (PCNA) hired Coyote Marketing to act as contract marketing department for the Canadian market. Armed with a simplified product strategy worldwide and a new marketing focus for North America, Porsche set out to rebuild itself as the iconic global brand it was. Still, the five-year objective for the Canadian market looked very challenging.

Product strategy focused first on the re-designed 911 Carerra model only. The Boxster was launched as the new entry level model in 1996. The first stage of brand advertising used quiet humour to humanize the brand, and make Porsche ownership respectable in the eyes of everyone. The TV spots right were created by Goodby Silverstein & Partners.

Coyote provided market analysis, planned & executed major consumer & Dealer research, and created Canadian advertising in all major media. This set the stage for advertising’s second phase—creative targeting of those most likely and most able to buy a Porsche. 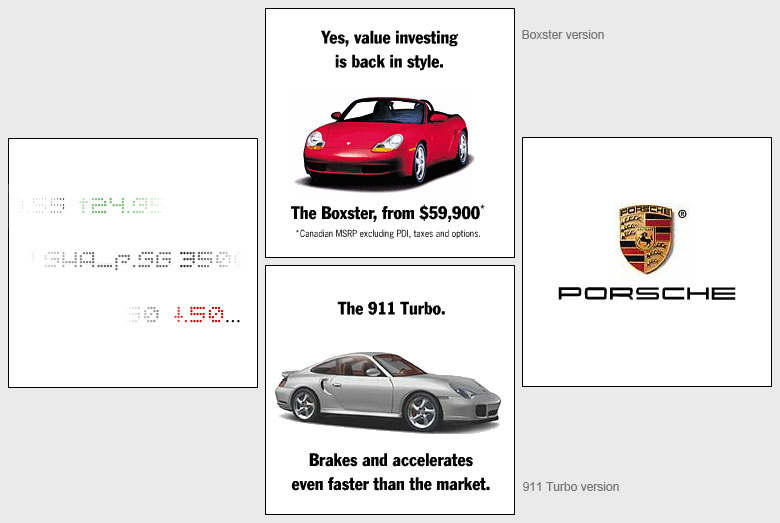 Coyote’s online display ads where Porsche’s first in the (then) new medium for the North American market—possibly the world. 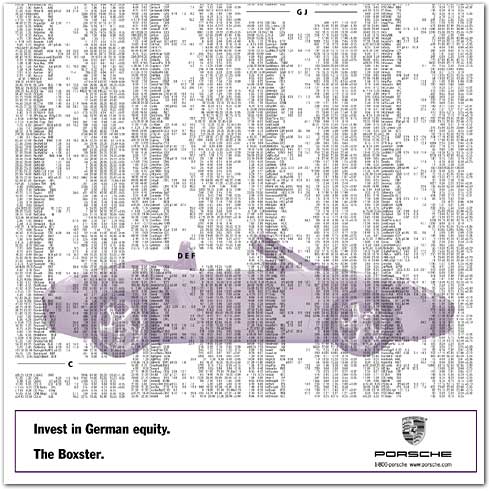 Coyote also collaborated on Canadian media planning with strategic partner Hilary Thom Media Inc. Long-term planning was done in collaboration with PCNA’s creative and media partners for the US market.

Our goal was to use the most effective and efficient combination of global, US and Canadian creative resources. There were four new model line launches over our 13-year tenure running the Porsche business. 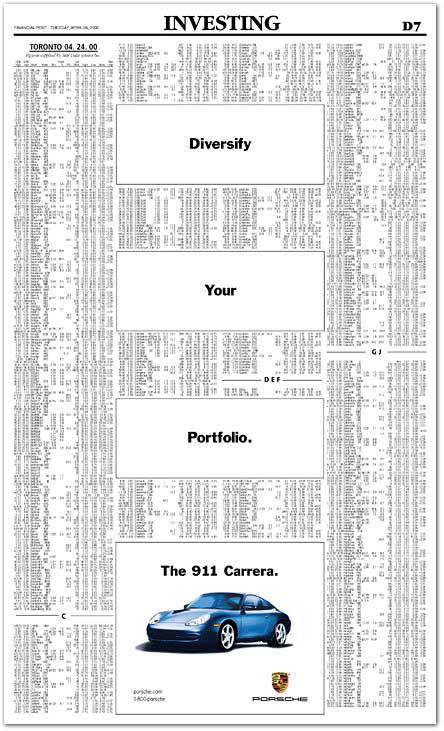 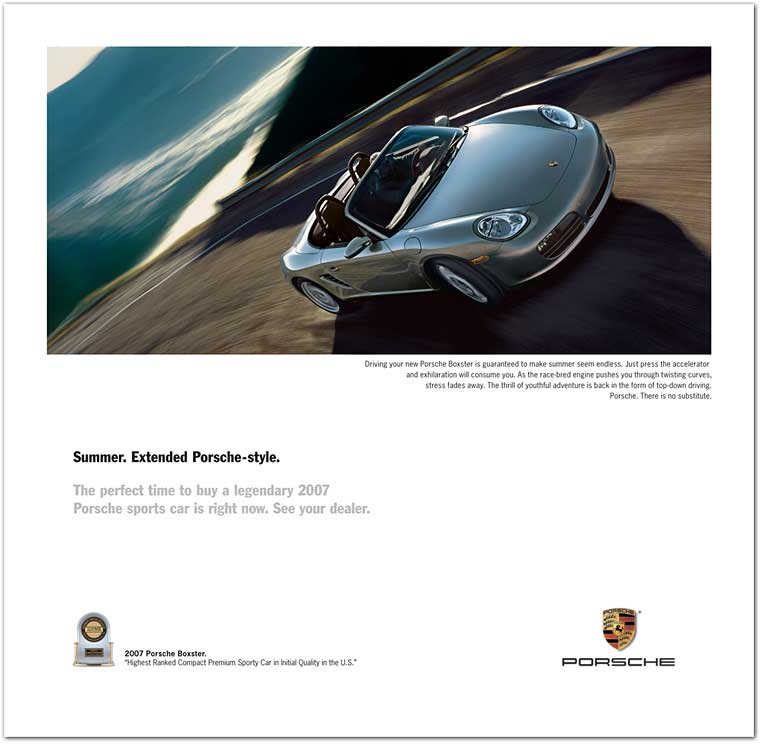 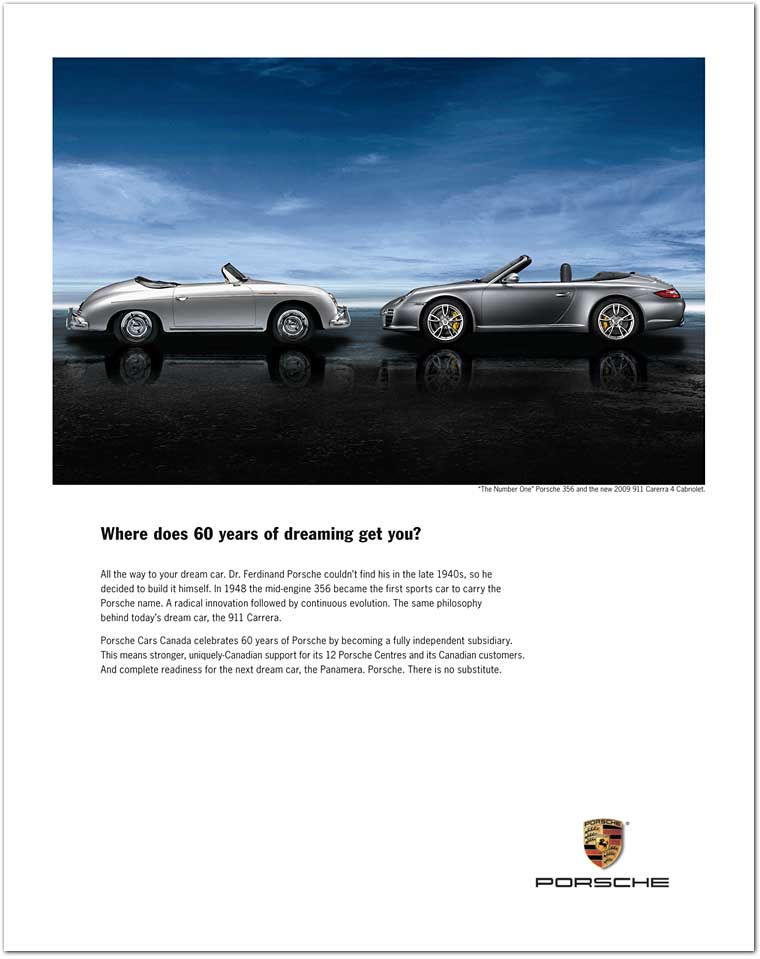 To the surprise of everyone (except perhaps the PAG Board of Directors), Porsche actually surpassed its five-year objective for Canada. Sales continued to grow with the launch of the Boxster in 1997 and the Cayenne in 2002. On a per vehicle basis, Porsche became the most profitable automobile manufacturer in the world.

Due to Coyote’s role as contract marketing department, and our ability to draw on international marketing resources when appropriate, Porsche achieved fantastic growth at even higher profitability in Canada than most other Porsche markets.

Over the years, Marketing Wilderness, the Coyote blog, has included the Porsche brand:

Not that we want to promote short-term business thinking…

Where does 60 years of dreaming get you?
All the way to your dream car. Dr. Ferdinand Porsche couldn’t find his in the late 1940s, so he decided to build it himself. In 1948, the mid-engine 356 became the first sports car to carry the Porsche name. A radical innovation followed by continuous evolution. The same philosophy behind today’s dream car, the 911 Carrera.

Porsche Cars Canada celebrates 60 years of Porsche by becoming a fully independent subsidiary. This means stronger, uniquely-Canadian support for its 12 Porsche Centres and its Canadian customers. And complete readiness for the next dream car, the Panamera. Porsche. There is no substitute.